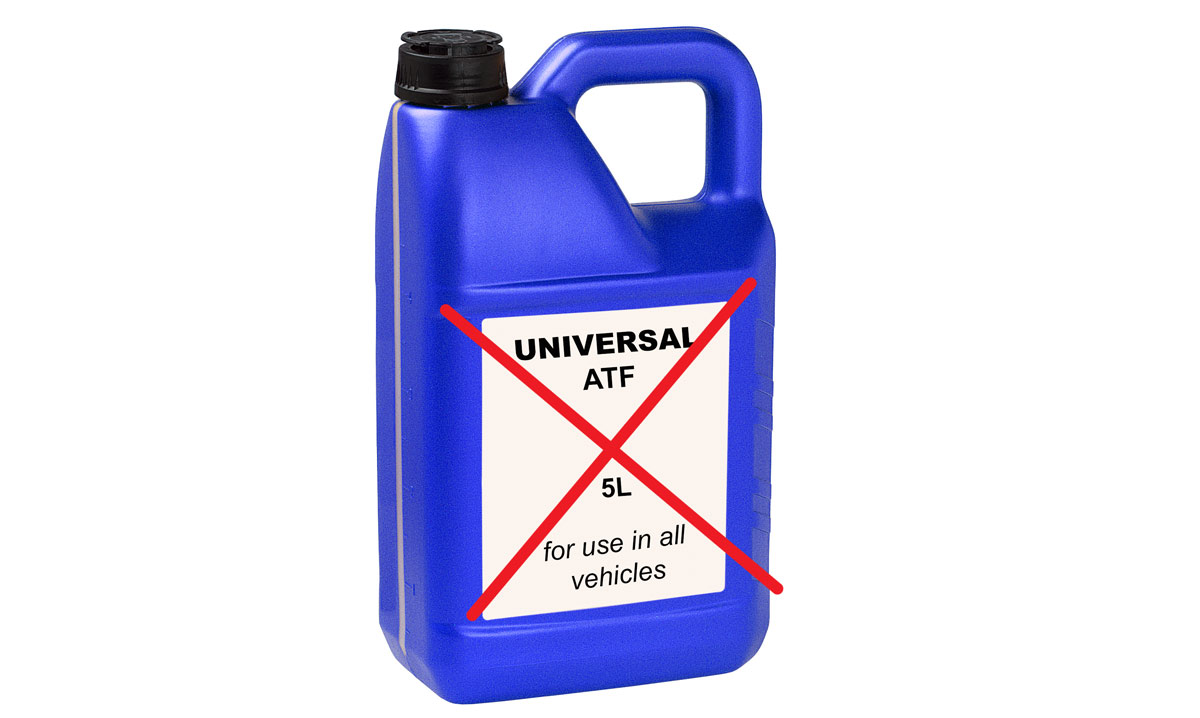 Nobody ever does it, but this is one instance where you really should read the manual. And those marks on the oil container – not just pretty symbols…

So, not only are OEM-approved lubricants environmentally friendly, but are more convenient as they offer a longer service life and less frequent maintenance/service intervals. Over the past 20 years, kilometres between oil-draining operations have been multiplied by three for petrol engines, and by four for diesel engines. Unfortunately (and for numerous reasons) the agents do not always use the correctly specified lubricants; and, with a few exceptions, private workshops are usually far worse. Do not make the false assumption that the dealership or private workshop where you have your vehicle serviced knows best. As Isaac Asimov, the American author of popular science and science fiction so sagely advised, “Your assumptions are your windows on the world. Scrub them off every once in a while, or the light won’t come in.”

My suggestion is that you learn about the motor oil or transmission fluid recommended for your vehicle, and ask a few questions of the workshop owner or manager of the place where your car is being serviced. Better yet, supply your own lubricants.

Stay clear of workshops in which you hear statements like, “We have been using the same oils for 10 years and we have not had a problem;” and “Oil is oil;” or “I have been a mechanic for 40 years − you cannot teach me anything about oil.” New tech, new oils

In our last three articles, we discussed how automotive technology, and the lubricants that protect this technology, have changed forever, as have the days of universal motor oils for petrol and diesel engines, universal manual and automatic transmission fluids, antifreeze/coolants, transfer case and differential oils. We also discussed how the choice of base oils significantly affects the ability of a lubricant to perform; and how engine-design developments aimed at reducing emissions have impacted greatly on lubricant design.

Through all of this, we have maintained that using the OEM-approved lubricants is in the best interests of owners and their vehicles. This is because vehicle manufacturers often have vastly different specifications for the range of engines and transmissions they manufacture, and one is often not suitable for another. An example is that early BMW automatic transmissions used only hydraulic control with no electronic intervention. Subsequent refinements, such as Electro-Hydraulic (EH) transmissions, introduced a new acronym: EGS (Elektronisch Getriebe Steurung) − electronic transmission control. These modern automatic transmissions are now able to achieve better fuel economy, reduced engine emissions, greater shift-system reliability, improved shift feel, improved shift speed and improved vehicle handling.

OEMs like BMW provide their customers with automatic-transmission options such as ZF and GM’s Hydra-Matic, which require very specific fluids. OEM specifications often denote a minimum acceptable performance level, to which are often added particular OEM requirements or tighter tolerances on a general specification.

Use of non-approved oil will cause malfunctions and irreparable transmission damage which is not covered by BMW warranty.” (Please pay careful attention to the word “will” in that last sentence.)

Read the manual, then the label Many lubricant marketers make blanket claims about the suitability of their products for universal use in the consumer marketplace; however, the lubricants marketed by all oil companies cannot be seen as equivalent and compatible. There is no such thing as a universal automatic transmission fluid (ATF), and an ATF cannot be up-treated by the addition of aftermarket additives. The importance of these variations in OEM requirements and specifications is often underestimated or ignored by workshops until a problem arises; and only then do they become concerned about the critical importance of selecting the correct lubricant – almost always at the expense of the vehicle owner.

The question you should therefore be asking yourself, is, “How are all of these criteria measured, so that I may be sure that I am using the correctly specified products in my vehicle?”

Where do we start? When all else fails, consult your vehicle owner’s manual, and then take the necessary time to read the labels on the oils to confirm that they meet the OEM requirement before you purchase them.

Your owner’s manual will specify two important pieces of information which confirm if an engine oil is appropriate for use in your vehicle. The first relates to the correct grade of viscosity: the thickness of the oil. The Society of Automotive Engineers (SAE) defines a numerical system for grading motor oils according to their viscosity. Some of the most common grades are 5W/20, 5W-30, 5W/40, 0W/40, 10W-30, 15W/40 and 20W/50.

One way for OEM’s to achieve their goal of reducing fuel consumption in both petrol and diesel engines is to reduce the viscosity of the engine oil in use. Viscosity is an oil’s resistance to flow and shear, and this is the most critical physical property of the oil as it affects an engine’s wear-rate and fuel efficiency. Over a quarter of all fuel burned is used to overcome friction caused mostly by the piston movements in an engine. The challenge is to lower the viscosity of the lubricant while maintaining sufficient oil film to reduce wear and friction.

This is where High Temperature High Shear Viscosity Engine Oils (HTHS) make their appearance. HTHS is representative of the hydrodynamic lubrication (full film lubrication) between the engine bearings and crankshaft when the engine is operating in severe service. By lowering HTHS and maintaining appropriate lubrication film, it is possible to improve engine fuel efficiency and help lower carbon emissions. These oils include viscosity grades like 0W/16 and 5W/20. The 0W/16 is typically required by Japanese automotive manufacturers and is already in use, being recommended in Toyota owners’ manuals, amongst others.

The 5W/20 is a common recommendation for Jeep, where the OEM specifies the use of a lubricant that meets Chrysler MS-6395. (Material Standards 6395). Other manufacturers that specify a 5W/20 are, for example, Ford, Mazda, Honda, Nissan and Mitsubishi. These oils are currently rated Resource Conserving and Energy Conserving by the American Petroleum Institute (API). The high temperature high shear (HTHS) viscosity of engine oils is a critical property that relates to the balance between improved fuel economy and the durability of a running engine.
The European Union (EU) has proposed the phasing in of a system of fines for OEMs based on the CO² emissions of their vehicles. This will lead to increased demand for engine oils to be part of delivering even greater fuel-economy improvements in the near future. To this end, in January this year the Society of Automotive Engineers (SAE) added two new viscosity grades (SAE 8 and SAE 12) to its viscosity classification system (SAE J 300 standard).

API Service Classifications The API’s Engine Oil Licensing and Certification System (EOLCS) is a voluntary licensing and certification program that authorises engine-oil marketers (oil companies) which meet specified requirements, to use the API’s Service Symbols and Certification Marks on their oil containers. This allows consumers to identify quality petrol and diesel engine oils which have satisfied the requirements for licensing and certification. The performance requirements and test methods are established by vehicle- and engine manufacturers and technical societies and trade associations such as ASTM, SAE, and the American Chemistry Council (ACC).

Oils displaying these marks meet performance requirements set by US and international (European) vehicle and engine manufacturers, and the lubricant industry. More than 500 companies

worldwide participate in this voluntary program. The Engine Oil Program is backed by a monitoring and enforcement programme which includes the running of physical, chemical, and performance tests on licensed engine oils, and verifying that the API-registered marks are properly displayed on containers.

API Service Categories The next important information to look for in your car owner’s manual is the API Service Category requirement of your vehicle. The API Service Classification for petrol engines began with API SA, for cars built prior to 1930. From there on, motor oils improved; and each time they did, a new service classification (performance level) was added: SB, SC, SD, SE and so on. (Skipping only SI and SK).

Over the years, the API have continually improved and changed these service ratings. The most current S ratings are SM and SN. These ratings differ substantially from earlier ratings. For example, by lowering phosphorus levels in the oil, there is an improvement in catalytic-converter life. Likewise, by increasing the use of friction modifiers like molybdenum dithiocarbamate (MoDTC), internal engine friction is lowered, which results in better fuel economy.

The presence of friction modifiers in car oils is one of the reasons that the OEM does not recommend the use of car engine oils in a motorcycle with a wet clutch. (Friction modifiers are also found in petrol in South Africa.)

Improvements can also be seen in the development of C standards for diesel engines, with which API CA began in 1959. Classifications CB, CC, CD and so on were added, and the current standards are API CJ-4, CI-4+ and CI-4. Most recently, the API approved FA-4, along with API CK-4, for heavy-duty diesel engines; also known as PC-11A and PC-11B (in which PC means ‘proposed category’).

According to Steve Swedberg’s article in Lube Report last month, the recently completed PC-11 programme to upgrade heavy-duty engine oils took four years, and cost the industry an estimated $400 million. Additive companies are playing an increasingly crucial role in new-category development, as they communicate with OEMs on several levels and in multiple ways.

When creating a new lubricant, different phases of product development take place, including the definition of the product − its reason for being required − and its research phase, which includes laboratory tests, international oil company own engine testing and OEM approval testing. This research typically takes from six months to two years and costs between R2 million and R20 million. A great deal has been written about API specifications, and there are thousands of resources available on this subject for readers.

Recognise the ILSAC and API marks The owner’s manual of your vehicle may also refer to the OEM-approved motor oil having to meet a specific ILSAC specification. ILSAC, or the International Lubricants Standardization and Approval Committee, was formed in 1992 by the AAMA (American Automobile Manufacturers Association, representatives of DaimlerChrysler Corporation, Ford Motor Company and General Motors Corporation) and JAMA (Japan Automobile Manufacturers Association) to define their needs, parameters, licensing and administration of lubricant specifications.

Together with the API, SAE and ASTM (ASTM petroleum standards) they formed EOLCS, the Engine Oil Licensing and Certification System. ILSAC oils often carry the API Service Symbol (the “Donut”) including the Energy Conserving designation and/or API Certification Mark (a “Starburst”).

The sequences are usually updated every few years to include the latest developments in engine and lubricant technology. ACEA itself does not approve the oils − they set the standards, and oil manufacturers may make performance claims for their products if those satisfy the relevant requirements. In summary, there are A/B: gasoline and diesel engine oils, C: Catalyst compatibility oils and E: Heavy Duty Diesel engine oils. Your vehicle owner’s manual may also refer to the OEM motor-oil specifications in use in a particular vehicle. VW currently have 11 different motor-oil specifications, Ford have nine and BMW have six.

Finally, in order to fully understand our vehicle’s lubricant requirement, one needs to consider the OEM requirements and specifications not only for engine oils, but for other components as well – such as automatic and manual transmission oils, axle lubricants (including limited slip differentials), transfer case fluids, power steering fluid, brake fluid and the cooling system. We’ll get on to this in the next articles.