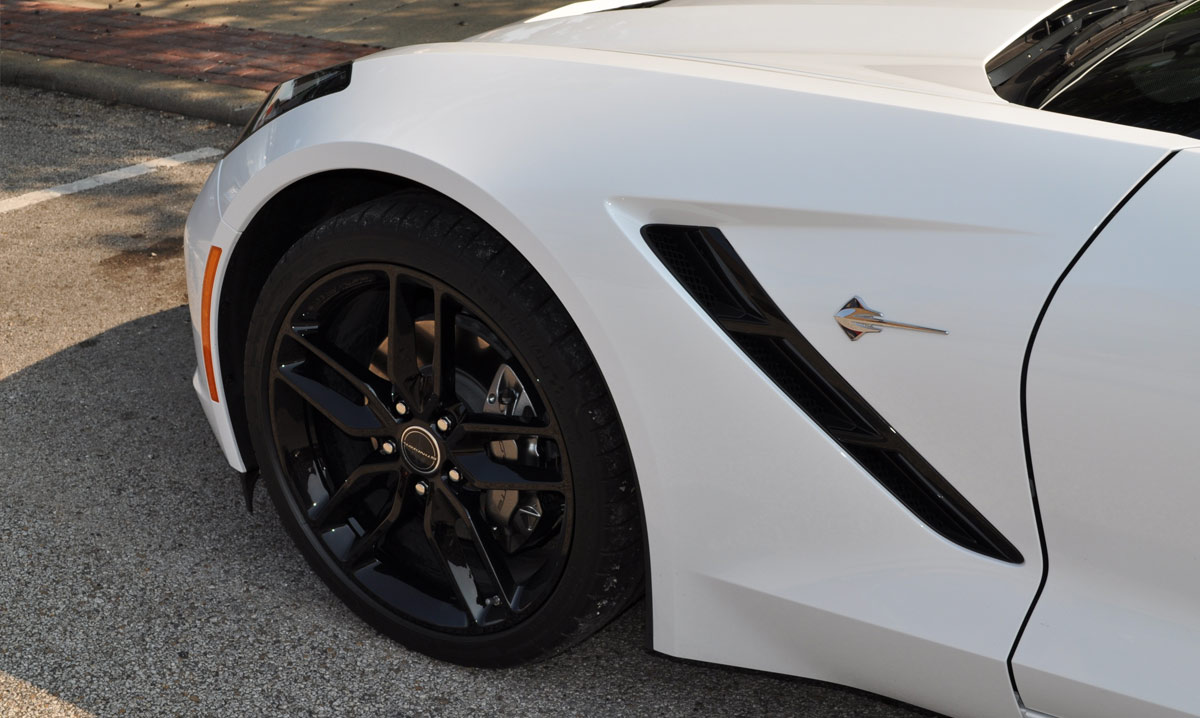 When your brakes fail, it is too late…

In this, our seventh and concluding article on how automotive lubricant technology has changed forever, we will discuss brake fluid − which is not something you can use until you notice deterioration. With old fluid, one minute you have perfect brakes; and the next you have none.

Many people are complacent about their brake fluid, assuming that it will always do the job. It is a “safety critical item”, but how many motorists ever ask to have their brake fluid checked, or when it was last changed?

Approximately 70% of vehicles on the road have brake fluid that will boil at 175ºC or lower, severely reducing the efficiency of brakes; and I am hoping that this is because no-one has ever informed the drivers of the importance of brake fluid. At least 30% of motorists have brake fluid in their system that is so poor that they risk their own lives and those of fellow motorists every time they drive.

WHY IS BRAKE FLUID IMPORTANT?

It may not cross your mind every time you stop your car, but it is brake fluid that gets the job done for you. Your car’s brakes are its most important safety feature, and brake fluid (although one of the most neglected fluids in vehicles today) is vitally important for safe driving. In fact, your old, water containing glycol brake fluid is downright dangerous and cannot be relied upon to stop your car reliably.

WHAT EFFECT DOES WATER HAVE ON
BRAKE FLUID?

Even in normal operation, considerable heat is created during braking, and this heat must be dissipated fairly quickly for effective operation. Brake fluid must therefore have a high boiling point to remain effective.

However, brake fluid is hygroscopic, in that it absorbs water naturally from the atmosphere (from the humidity in the air) even if the car isn’t in use. Most water comes from the vent in the master cylinder cap and the resultant condensation in the air space above the fluid. Water absorption also takes place through the flexible rubber hoses, where gases pass through, but fluid cannot leak out. Removing the reservoir cap to check the brake-fluid level also increases the exposure of the brake fluid to moisture-rich air. Over time, the water contaminates the brake fluid, lowering its boiling point. Under heavy braking, such as a long downhill descent or towing, the brakes become hot and heat up the brake fluid. Water boils at 100°C, evaporating into steam, which (unlike fluid) is compressible. Although you can’t compress a liquid (like brake fluid), you can compress a vapour like steam.

The boiling of brake fluid results in a soft or spongy pedal, which is the symptom of the reduced hydraulic pressure caused by compressibility in the brake system.

The braking effect is then diminished, or  applied, and this is when vapour-lock and system-failure occurs. A vapour bubble which is produced in the wheel cylinder or caliper displaces fluid back towards the master cylinder, and the next depression of the brake pedal will allow the pedal to go to the floor. Given its characteristic of sudden brake failure, this condition has been labelled “The silent killer”.

When the steam cools, however, it condenses back into a fluid state, seeming to restore normal braking function – until the heating process is repeated, when the symptoms recur.

In summary, brake fluid absorbs moisture which lowers its boiling point and causes the brakes to become spongy, thus reducing the effectiveness of the brakes and resulting in increased stopping distances. During emergency braking, this can prove fatal −or, at the very least, increase the chance of the occupants of a car being injured, and the vehicle damaged.

The total stopping distance of a vehicle is made up of four components: Human Perception Time, Human Reaction Time, Vehicle Reaction Time and Vehicle Braking Capability. We are concerned here only with the latter. Once the brake pedal is applied, the vehicle’s reaction time comes in to play. This depends on the free-play of the brake pedal, the hydraulic properties of the brake fluid, and the working order of the braking system. At 100km/h, a one-second delay as brake fluid pressure is reached while depressing a soft pedal (because the brake system contains old brake fluid contaminated with water) will result in the vehicle travelling an additional 28 metres before it stops. When it comes to brake-fluid vapour lock, your first experience may be your last.

Most drivers are surprised to hear how far it takes a car to stop at high speeds. Many drivers believe that a car driven at 100km/h will take double the distance to stop, compared to a car travelling at 50km/h. In fact, the figure is four times the distance. In other words, from 50km/h to 100km/h, the braking distance of a car increases from 10 to 40 metres. When you double the speed of a car, braking distance quadruples. This is because braking capability does not increase when driving faster; it remains the same.

Regular servicing of your vehicle should include checking the boiling point of your brake fluid.

Manufacturers recommend that you change your brake fluid at least every two years; sometimes sooner. This prevents brake failure (which, interestingly, is the number-one fear motorists have when it comes to driving emergencies) and maintains the boiling point at a safe level.

The average motorist will apply brakes tens of thousands of times in one year of driving. Which begs the question: why is the brake fluid in your vehicle often neglected by workshops, usually not changed regularly, and sometimes not at all?

Perhaps a clue to this state of affairs is that, over the past 25 years that I have been in the oil industry, at least 80% of the workshop owners whom I have met either admit that they have no clue about how brake fluid works, or gave an inadequate account of its correct functioning when asked − making statements like “water comes from oxidation”. A similar percentage of motorists questioned are unable to explain how the brake fluid in their own car works.

WHO CHECKS YOUR BRAKE FLUID?

The onus is on motorists to maintain the safety of their vehicles. Some motorists may assume that owning or purchasing a vehicle that has been through the roadworthy process would be a guarantee that the braking system (amongst others) would be in tip-top condition, but a roadworthy certificate is, unfortunately, no guarantee of this.

The testing centres check the brake-fluid level, and examine for leaks the master cylinder and brake pipes that lead to each wheel; but they do not test the brake fluid.

A test for the water content, and therefore the boiling point of the brake fluid in the brake system, is not required by law. Typically, when a vehicle’s brakes are tested by way of the roller-brake tester, the test is done with no temperature in the brake fluid system, and usually after the car has been parked in a queue for some time. As previously mentioned, when the steam (which is caused by brake fluid containing water) cools, it condenses back into its fluid state, seeming to restore normal braking function.

Interestingly, (according to the company which installs these machines), when the brakes are applied during the testing process by way of the brake roller tester, it simulates a speed of only 2.5km/h. Usually the brake test is done only twice, which would certainly not indicate the level of safety of a brake system and its brake fluid when operating at temperature. It therefore remains the buyers’ responsibility to make sure that the car which they have purchased is roadworthy.
It is worth mentioning that, according to the K53 pre-trip inspection list, one of the items we need to inspect is the brake fluid. We must mention to the examiner that, “I have checked the oil, water, brake fluid and fan belt”. I have been a licensed driver for 35 years, but I have yet to see a single motorist completing a pre-trip inspection – except, of course, when I’ve been driving past the local traffic department.

Generally, the type of brake fluid that your vehicle requires is stamped on the brake reservoir cap, and is shown in your owner’s manual. Basically, there are two types of brake fluid: one which is based on petroleum (mineral oil) and one which is non-petroleum based. Petroleum-based brake fluid is rarely used in the automobile industry: non-petroleumbased brake fluid is the most commonly used today. We can refer to these brake fluids as DOT fluids. All DOT fluids (with the exception of DOT 5) are made up of a poly-glycol base (mixtures of glycols and glycol ethers, also known as polyalkylene glycol ether). DOT 5, however, is silicone-based and non-hygroscopic. It cannot be mixed with DOT 3, DOT 4 or DOT 5.1 brake fluids, as they are not miscible – that is, they won’t mix uniformly.

DOT or glycol-based fluids consist of a mixture of ingredients, with as many as 10 separate substances making up the final blended product. We can summarise these components as a 20-40% lubricant, such as polythene or polypropylene, to keep parts moving freely; or a solvent diluent, usually glycol ether, which determines the fluid’s boiling point and viscosity and accounts for 50-80% of the fluid; and a modifier-coupler, which changes the amount of swelling of the exposed rubber components in the braking system. The balance is made up of very important corrosion and oxidation inhibitors.

DOT brake fluid is required to meet the strict standards and specifications set out by the Society of Automotive Engineers and the Department of Transportation (DOT) – hence the name. These standards are focused on maintaining brake-fluid performance in a range of temperatures (high and low) and also specify the minimum boiling temperatures to which the fluid manufacturers must adhere.
The Dry Boiling Point of brake fluid refers to the boiling temperature of new brake fluid from an unopened container;
the Wet Boiling Point is defined as the temperature at which DOT brake fluid will begin to boil after it has absorbed 3.7% water by volume. DOT brake fluid will reach this level of water-volume after roughly two years of service, which is why it is advisable to renew your brake fluid according to the manufacturer’s recommendation.

Some drivers are in the habit of ignoring warning lights on their car’s dashboard. But, when a brake warning light appears, you should have it checked out immediately for safety reasons. All vehicles have a red “BRAKE” light on the dash. You should NEVER drive with this light on.

In your garage, brake fluid should be stored in its original container in a clean, dry location, at or below room temperature, and preferably separated from similar storage of the petroleum products or fluid materials used for maintenance purposes. Always use the original containers, which should be tightly sealed to avoid water absorption. Under good conditions of storage, new, unopened containers of brake fluid, with their foil seal intact, will have a shelf life of two years. Always purchase brake fluid in metal containers where possible, as these perform the function of a moisture barrier far better than thin plastic bottles do.

Workshops rarely have the equipment to check brake fluid condition, but look only at hose condition and reservoir levels, and inspect for leaks. At the very least, motorists should insist on changing all the fluid in the braking system according to the manufacturer’s hand book. If in doubt, do it anyway, because a properly maintained and fully functioning vehicle which meets all safety requirements is less likely to be involved in a road accident.