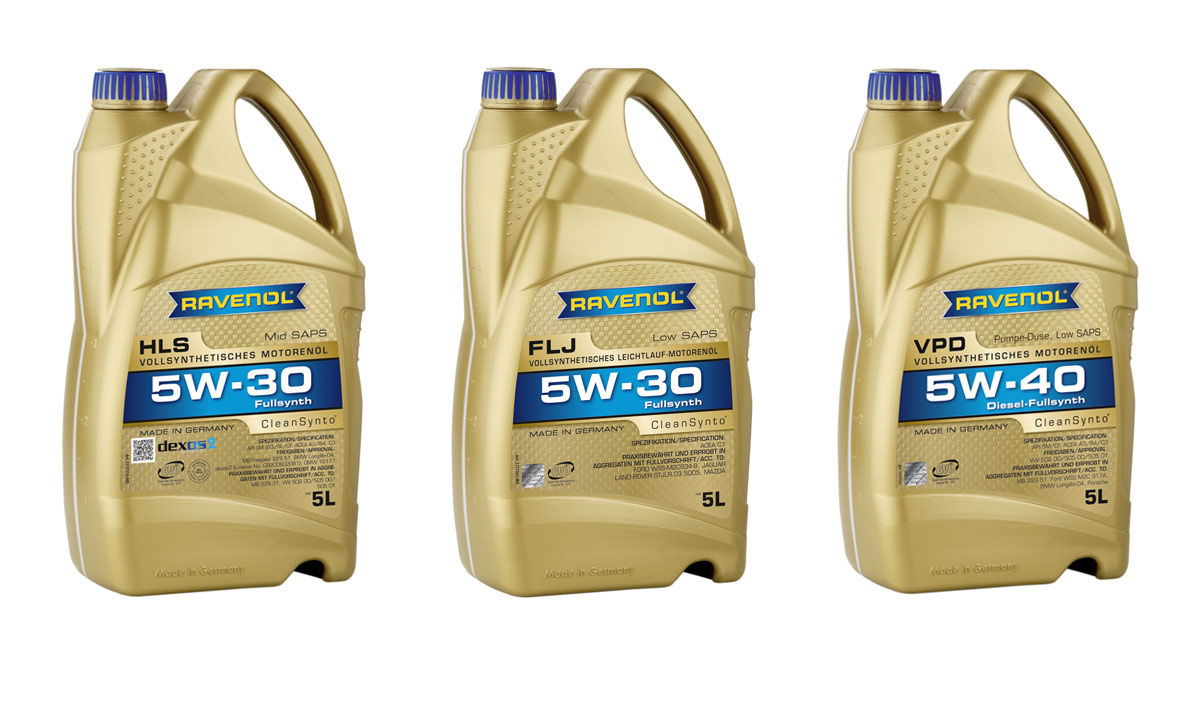 Does the oil you’ve just bought meet OEM specifications for its specific purpose, or could you have done better by your engine and the environment?

Everybody has a world, and that world is completely hidden until we begin to inquire. As soon as we do, that entire world opens to us and yields itself. And you see how full and complex it is.” – David Guterson. In a world of changing technology, automotive lubricants have changed along with motor vehicle technology, and these lubricants have become extremely complex – and more difficult to understand. However, our opening quote shows that it is worth digging deep.

In last month’s article, we said that the correct choice of base oil is a major determining factor in the quality and performance of the finished lubricant. We also discussed the confusion created by the oil industry and lubricant marketers who use the term ‘synthetic’ to describe an engine oil that is really a combination of heavy paraffinic, hydrotreated, solvent dewaxed petroleum distillates, and whose base oil is usually either mostly unspecified, or mineral oil. As Plato once said, “The lover of inquiry must follow his beloved wherever it
may lead him.” I hope that you have taken the time this past month to look at a can or two of the oil in your garage or workshop, and pondered the contents in the light of my previous articles.
In this article, we will focus on the importance of using OEM (Original Equipment Manufacturer)-approved lubricants, and on the importance of lubricants meeting the specified ACEA specifications required by the OEM.

The race for lower emissions As there is a regulatory requirement, and legislation (from governments around the world) aiming to improve air quality and lower greenhouse gases, OEMs continually research vehicle solutions which will allow compliance with stricter emission laws.

Today’s engines run hotter and harder than ever before. Stricter emission standards have led to new hardware technologies which derive more power from smaller engines. These emission standards have also forced the introduction of new lubricants, referred to as low-ash or low-SAPS lubricants (low Sulphated Ash, Phosphorus-Sulphur). These low-SAPS lubricants are now recommended by many OEMs. The SAPS contained in traditional lubricants can have a harmful effect on the post-treatment systems that eliminate pollutant emissions. Diesel particulate filters (DPF) are particularly sensitive to SAPS, because of their porous ceramic filter

One of the biggest technical challenges facing automotive manufacturers today is to control the nitrogen oxides (NOx) and hydrocarbon emissions from both petrol and diesel cars. Indeed, since 1990, the continued concern over the environmental impact of diesel engine emissions has been the driving force behind the development of the entire API commercial diesel engine oil classifications. These include the reduction in the levels of carbon monoxide (CO) and carbon dioxide (CO²), nitrogen oxides (NOx), sulphur oxides (SOx), hydrocarbons (HC) and particulate matter (PM). Particulate matter consists of minute solid particles entering the atmosphere in the exhaust stream.

In 1997, the Environmental Protection Agency (EPA) aimed to reduce emissions by adopting stringent emissions standards for both NOx and particulate emissions. A diesel particulate filter (DPF) physically captures particulates in the diesel exhaust and prevents their discharge from the exhaust pipe, while allowing exhaust gases to escape. The DPF removes up to 99% of the carbon microspheres (soot) before they leave the exhaust. It does this by filtering out the particles and then storing them until they are burnt away automatically and the filter is emptied. (Safety hint: Do not park your car over tall grass or piles of dry leaves. Its catalytic converter can become hotter than 800 degrees Celcius – enough to start a fire!)

These EPA emission standards also included reducing the content of sulphur in diesel fuel. Several of these solutions have consequences for the lubricant technology necessary to protect and enable OEM equipment − such as three-way converters and diesel particulate filters, as well as selective catalytic reduction, continuous regeneration technology, and more. The lubricants themselves must ideally also contribute to reducing emissions and improving fuel economy, which is why OEM’s specify low SAPS oils for their post-treatment systems.

Because a 100% seal between the piston rings can never be achieved, a certain amount of engine oil will enter the combustion chamber during combustion, and it is these components that have an impact on the post-treatment systems. All internal combustion engines, even the most modern, still burn some oil. Protecting after-treatment devices All this technology comes at a price. Diesel engines cost more, and the diesel particulate filters (and related hardware) also further increase the prices of these engines. Engines with EGR (exhaust gas recirculation, which is now the norm) also generate more carbon soot, and experience higher peak cylinder temperatures. The engine then runs hotter, and requires an engine oil with improved oxidation

resistance: the rate of oxidation is accelerated by high temperatures. To protect these after-treatment devices, the engine oil must contain lower levels of sulphated ash, sulphur and phosphorus, while still offering optimum protection for control of piston deposits, oxidative thickening, oil consumption, high-temperature stability, soot-handling properties, foaming, and viscosity loss due to shearing, and maintaining an acceptable drain period.

There are numerous new after-treatment systems on the horizon, and the use of these after-treatment devices and their future development will result in further chemical demands (and limits) for lubricants; the trend is (not surprisingly) heading towards increasing the use of lowash, low-SAPS oils.

To sum up: when the oil in an engine burns, it produces gases. Some of these gases can be harmful to a DPF. Low SAPS oils are specifically designed to be low in sulphated ash – a by-product of combustion that can cause the mesh-like structure in a DPF to become irreversibly blocked. Engine oils that are not low in phosphorus and sulphur can therefore have a definite detrimental effect on both catalytic converters and diesel particulate filters.

OEM standards and the ACEA When selecting a suitable motor oil, you should always observe the specifications or oil types approved by the OEM, and noted in the operating manual. Modern low-SAPS motor oils work properly only with the fuels specified, and are designed to use them in combination with exhaust aftertreatment systems. Modern oil technology, which uses low levels of sulphated ash, phosphorus and sulphur, plays a vital role in significantly reducing the chances of a diesel particulate filter becoming blocked, as it optimises the operation of these depolluting systems and helps to extend the intervals between DPF cleaning. This brings us to ACEA specifications. The Association des Constructeurs Européens d’Automobiles (also known as the European Automobile Manufacturers’ Association) defines the quality of motor oils according to European specifications.

One would think that a classification system such as this would help us to find the right oil for our vehicle, but it’s really quite complicated. Here is an excerpt from the website ( www.oilspecifications.org) which describes the various specifications. If you understand it, and can choose the correct specification for your vehicle as a result, I will be suitably impressed.

“There are ACEA specifications for passenger car motor oils (the A/B class) for catalyst compatible motor oils (the C class) and for heavy duty diesel engine oils (the E class). The classes are further divided into categories to meet the requirements of different engines. The A/B class’s A1/B1 and A5/B5 oils have lower HTHS viscosities, which means that they provide better fuel economy but they may not provide adequate protection in engines that are not designed for them.

ACEA A3/B3 and A3/B4 on the other hand require oils with higher HTHS viscosities that may not provide as good fuel economy as an A1/B1 or A5/B5 oil but may offer better engine protection in certain engine designs. The categories within the C class are divided along SAPS limits and along HTHS viscosities.

C1 and C4 are low-SAPS oils, while C2 and C3 are mid-SAPS oils. On the other hand C1 and C2 oils have lower HTHS viscosities, while C3 and C4 oils have higher HTHS viscosities. In case of the E class the SAPS content and the drain interval make the difference. E4 and E6 oils offer longer drain intervals where the engine manufacturer allows it while E7 and E9 are designed for medium drain applications. E6 and E9 have limited SAPS content so they can be used in engines that require this including Euro VI engines.” Predicting the future is not easy.

However, OEMs, lubricant marketers and additive suppliers all agree that three factors will drive the lubricant market in the years to come: legislation on emission requirements, increased demand for improved fuel economy, and the need for enhanced durability.

My advice? Use the oil recommended in your owner’s manual and drive on in confidence. If you are unsure, please refer to our Oil Finder (URL below). In the next article, we will look at ILSAC and API performance levels, and how the viscosity of a lubricant is determined by the OEM − for example, the SAE 0w/16 and HTHS viscosities that were unheard of in the past.

Low SAPS oils are specifically designed to be low in sulphated ash. The chemical composition of lubricants includes – among other things – sulphated ash (indicative of the level of known metal-containing additives which provide anti-wear, antioxidant, and detergent properties, etc.) and phosphorus. (The primary source of phosphorus in engine oils comes from an anti-wear agent called zinc-dialkyldithiophosphate or ZDDP − and sulphur comes from the base oil.)

During recent research in which diesel buses were field-tested using incorrectly specified motor oil (heavy-duty diesel engine oil instead of low SAPS oil), they discovered that DPF blocking speed was 140% faster, back pressure was more than five times greater and fuel consumption rose by more than 1.5%. This excluded the adverse impact that the use of the incorrectly specified lubricant would have on the vehicle’s engine performance.

Since 2000, NOx limits for diesel engines have been reduced by 84%, and particulates by 90%. According to Land Rover’s website, today’s diesel cars provide approximately 25% better fuel economy and less emission of CO2 than their equivalent petrol counterparts. Also, since 2002, buyers choosing diesel have saved almost 3 million tonnes of CO2 from going into the atmosphere.

• HLS shows that this oil is a mid-SAPS oil.
• FLJ is a low SAPS oil
• VPD is a Pumpe-Düse low-SAPS oil.

This is a good example of an oil that has been specifically designed around an OEM requirement, in this case the TDI generation of engines. This oil was specifically designed for VW turbodiesel engines with pump-injector units and requiring low SAPS oil. In unit injector (UI) and unit pump (UP) systems, each engine cylinder is served by a separate injection pumping element or injection pump in close proximity to the cylinder. In these engines unit injector (UI) and unit pump (UP) systems are driven from the engine camshaft. Due to the TDI’s high compression, its design places the piston rings very close to the point of combustion and this means that conventional oils would leave deposits, or coke (carbon) on the piston rings, which would interfere with their function, thereby increasing oil consumption. Also, if carbon residue builds up it can choke the turbo oil feed line, starving the turbo of oil and ending its life prematurely. In the newer TDIs (2004 and later) their injection systems generate very high fuel injection pressures and therefore place very high demands on camshafts. These vehicles require a lubricant that can keep cam lobes lubricated in a high pressure environment. VW, like all manufacturers, focus on maximizing fuel economy and providing the longest possible oil change intervals in all their vehicles. This places additional stresses and long-term service demands on the engine oil.