Give Us A Call

In 1991, at the age of 24, he started, owned and operated a new type of oil company, which he called SOS Oil. Even from its humble beginnings, with a Renault panel van and wooden trailer, the company provided one hour delivery within the Cape Metropolitan area. 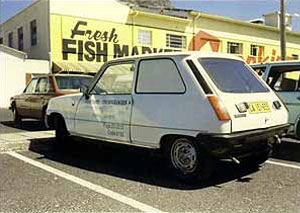 In January 2014 he sold SOS Oil in order to gain the significant financial investment required to successfully build a German brand of lubricants called Ravenol, in South Africa in the automotive sector. Also included was the idea of an oil shop, starting in Cape Town, in a building custom built for this purpose. At the same time providing automotive and industrial lubrication training through a training centre based in Cape Town as well as catering for national training throughout SA at other popular venues.

In September 2015, the team launched three new companies namely 307 Lubricants, Ravenol South Africa and Oil Wise Lubrication with the aim of providing higher quality brands, that could be supplied throughout South Africa. 307 Lubricants incorporates the Ravenol brand of lubricants in the oil shop.

We invite potential customers to experience an alternative to the usual profit driven oil companies, that know very little about their customers or their customer’s business, or indeed their own products. And instead care only about the profit gained from every one of their accounts and whether or not they are meeting their budgets.

Our customers instead experience the specific feelings of knowing that their support is genuinely appreciated and that significant value is derived from the mutually beneficial relationship that exists between them and our oil company, 307 Lubricants.

Many testimonials may be seen here.